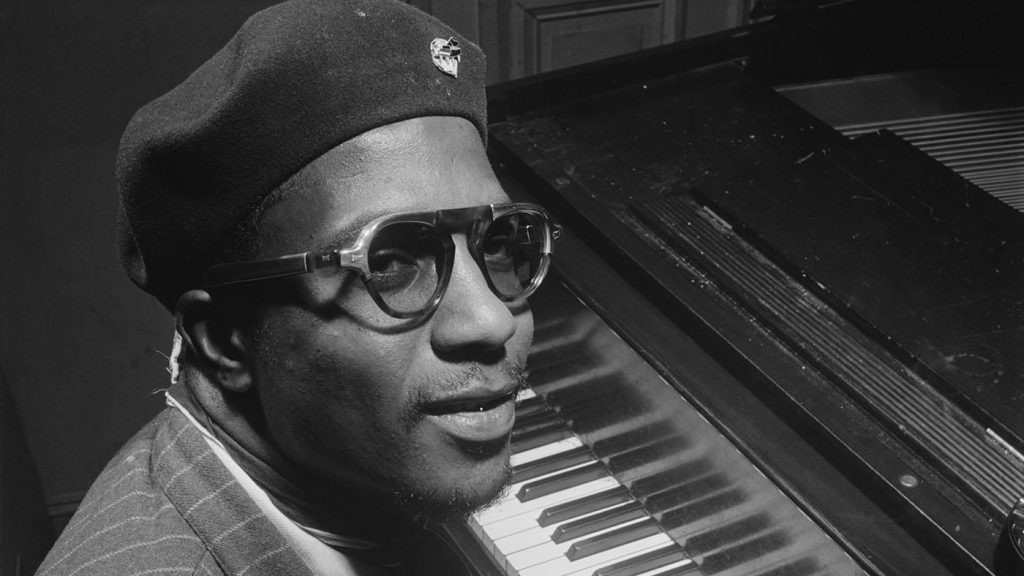 North Carolinians may be surprised to learn that one of the greatest jazz pianists in the history of music was born in the Tar Heel State.

On October 10th, 1917, Thelonious Monk entered the world in Rocky Mount, North Carolina. Monk spent the first five years of his life in a neighborhood known as The Y because of its location next to a railroad junction that ran through the center of the Eastern North Carolina city.

In 1922, the Monk family moved to Manhattan, where Thelonious would first learn to play piano at the age of 6. Unable to afford a teacher, Monk was mostly self-taught.

By the time he was 17, Monk was already touring with a church group. By his late teens, he began to experiment with jazz. It would be in the 1940s when Monk got his first regular gig as a piano player in the nightclub Minton’s Playhouse in New York.

Monk’s style developed while playing at Minton’s — angular notes and odd chord progressions. Monk would spend hours after work playing with some of the biggest names in jazz. Charlie Christian, Charlie Parker, Miles Davis, and Dizzy Gillespie, who would become one of Monk’s most frequent collaborators and friends, were all impressed with Monk’s abilities.

Monk’s impact on the jazz scene was almost immediate. His playing style and eccentric nature were monumental in the development of bebop.

Monk and fellow jazz artists lived in a time where musicians regularly incorporated styles and riffs they heard as they traveled from club to club, never giving proper credit to the originators. In response, Monk devised a method that was wholly his own — so unique that it was too difficult to rip off.

And if someone did manage to copy him, nearly everyone immediately recognized it as Monk’s work. They had to settle for stealing his iconic beret and bop glasses that would become synonymous with bebop and the beat generation.

People often asked Monk to elaborate on what his music meant. What was he trying to convey through his art? For Monk, it was a silly question. His music was just that — his music. For him, the art in and of itself was what he was trying to express.

The harshness in his playing was the result of a man of complicated passion attacking the piano with his very soul. Even songs written with a sense of gentleness were not immune from his percussive notes.

His flat fingered, splayed hand style of playing was a disgrace to every piano professional who came before him. Yet it was how Monk needed to play. It was like a mechanic making use of a wrench as a hammer. Harsh, unorthodox, and backward, but it got the job done. And it changed the face of music forever.

Monk’s style reflected his very soul. A soul that suffered from misdiagnosed bipolar disorder. A soul that found both peace and torment in his art. One of his most memorable and haunting techniques was his use of silence. Monk would often randomly drop out during a jazz session, leaving a soloist with only the drums and bass as accompaniment. It was brilliant.

In the last few years of his life, Monk retreated into solitude. Plagued with financial problems due to the mismanagement of his talent at the hands of his record labels, Monk quit music.

On February 5th, 1982, Monk suffered a stroke that would prove fatal. He died 12 days later. While Monk never received the attention that someone of his talent deserved during his lifetime, he blazed a trail that would change jazz. A path that very few, if any, could ever follow. His genius was both astonishing and perplexing. His personality as varied as the notes he coaxed from his piano.