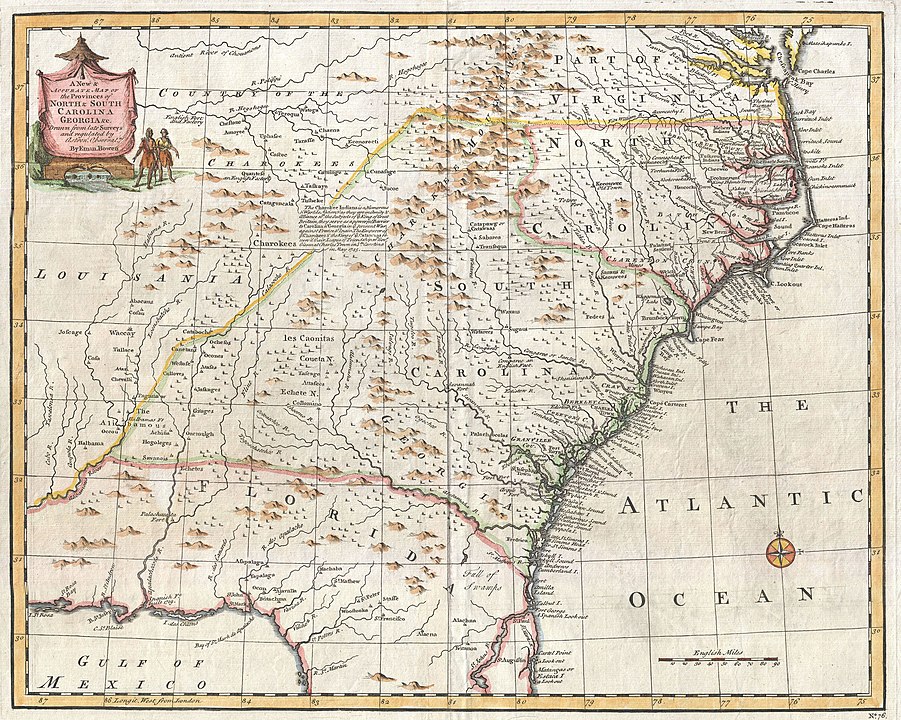 When most people think of Thomas Jefferson and his family, an image of Virginian nobility usually comes to mind. But the third president of the United States has a unique connection to the Old North State.

In colonial America, Peter Jefferson, Thomas’s father, was an accomplished frontiersman in the decades leading up to the Revolutionary War. Born along the James River in what is now Chesterfield County, Virginia, the elder Jefferson’s family had significant land holdings in the Piedmont and Coastal Plain region.

The Jeffersons’ wealth eventually led to Peter inheriting his father’s plantation and 1500 acres. This cemented the Jefferson family as one of the most influential families in the Virginia colony.

Peter Jefferson’s travels throughout the colony led to him becoming a well-known cartographer and surveyor. His surveying talents allowed Jefferson to complete the North Carolina and Virginia state line survey originally started by William Byrd II on March 5, 1728.

In 1749, Jefferson, along with Joshua Fry, set out to complete the survey well into what is now Eastern Tennessee. Interestingly enough, a major aberration in the official boundary line occurred near what is now Damascus, Virginia. At that point, the line plotted by Jefferson and Fry edged too far north into Virginia.

Historians have a few theories as to what caused the error. Some hold that iron in the mountains interfered with their compass. But many believe that Jefferson, bored with the expedition, was drunk from that point on. The plotting error would go on to play a role in the creation and downfall of the unrecognized state of Franklin in 1784.

Peter Jefferson was the quintessential self-made man of the time, which undoubtedly influenced his son Thomas. And while Thomas became emblematic of the Virginia gentry, North Carolina helped influence his family’s greatness in a very simple way.