Home » The History of Tobacco in North Carolina — Part 1 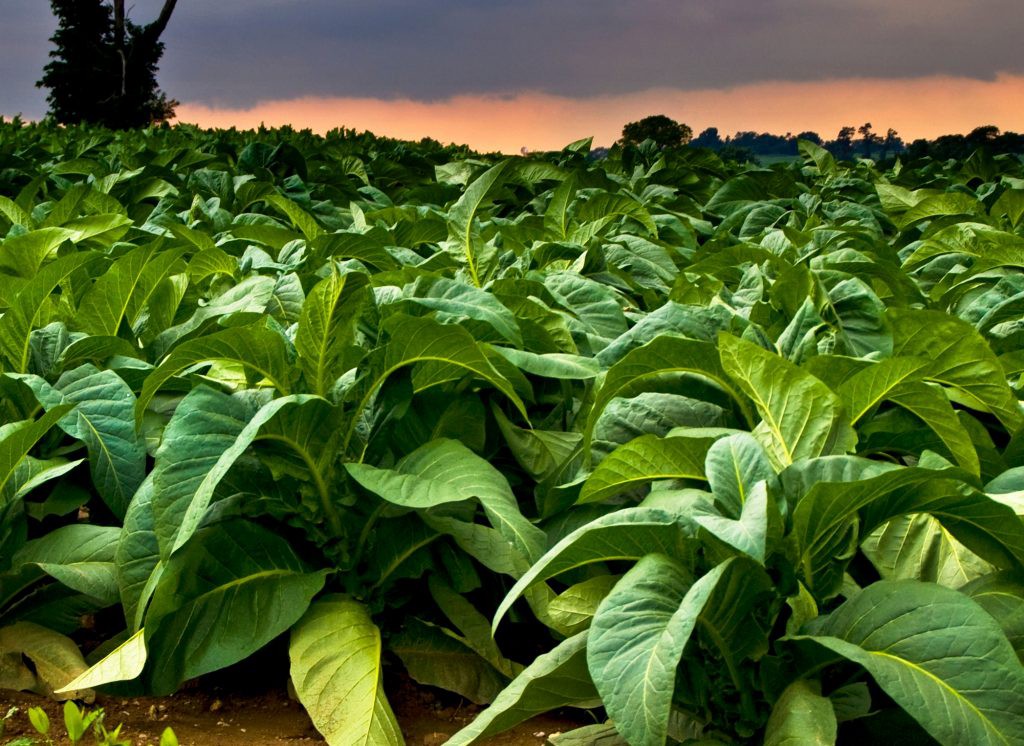 The History of Tobacco in North Carolina — Part 1

Though no longer a powerhouse component of the North Carolina economy, the impact of tobacco on our state is undeniable. From its roots in Native American culture to the development of a multi-billion dollar industry, tobacco has shaped the Tar Heel State for better and for worse.

The pharmaceutical and ritualistic use of tobacco can be traced back to around 800 BC. Early European settlers noted that tobacco use among the natives was not limited by gender or age, as men, women, and children smoked tobacco in clay pipes or used it as snuff on a regular basis. One of the earliest attempts at European cultivation of tobacco was carried out by Sir Raleigh’s Roanoke colonists. Until the English began to establish their own settlements in the New World, tobacco was a rare luxury for Europeans that was only available through trade with the Spanish.

It was the work of John Rolfe, of Jamestown fame, that set in motion the first large scale cultivation and export system of tobacco. Rolfe was a talented agriculturalist who created a sweeter, milder tobacco cultivar that forever changed the market. It was Rolfe’s advancements in tobacco cultivation that established Virginia as a profitable and successful English colony. In 1612, Rolfe founded his own plantation and began to grow tobacco in earnest.

In 1614 the first barrels of his sweet tobacco were exported to Europe, much to the delight of the English. Rolfe’s cultivar was so popular that the Virginia colony began exporting hundreds of barrels overseas. Tobacco quickly became the primary economic driver for the Southern colonies. With this new booming market, however, came the need for cheap labor. Thus, the widespread growth of chattel slavery in the American colonies began.

In North Carolina, tobacco cultivation spread from Roanoke to the shores of Albemarle, the banks of the Roanoke, and eventually the whole of Granville county. While many North Carolina settlements struggled to grow crops in the sandy soil, tobacco thrived in the region. Nonetheless, the tobacco grown and cured in North Carolina could not compete with the Virginia tobacco industry. That all changed with the development of bright leaf tobacco.

Interestingly, in 1839, it was a slave by the name of Stephen Slade in Caswell County who discovered the flue-cured process of using charcoal instead of logs that created the hallmark bright leaf tobacco that revolutionized the North Carolina tobacco trade. Slade had fallen asleep while keeping watch over a curing barn. When Slade awoke, the fire had burned down to embers. Slade rushed to a nearby fire pit and gathered charcoal remnants in an effort to restart the fire. The result was some of the brightest cured tobacco ever seen. The new flue-cured process allowed tobacco grown in sandy soils to be cured to perfection. This facilitated the spread of tobacco into the Coastal Plain where it soon became the primary crop of Eastern North Carolina.

Bright leaf tobacco, however, would not gain a national following until the peak of the Civil War when visiting Confederate and Union troops were introduced to the superior Carolina bright leaf tobacco. Stay tuned for Part 2 in our series on the history of tobacco in North Carolina, where we’ll look at the explosion of the market, the rise of the American tobacco plantation, and the consequences of the slave trade in North Carolina.